Using adventure to improve and save lives – that is the key concept of the Kingsley Holgate Foundation, founded by one of Africa’s most colourful modern day explorers. Kingsley Holgate is a humanitarian adventurer, author, TV personality, Fellow of the Royal Geographical Society, speaker at the New York Explorers Club and a legend that Getaway Magazine calls ‘the most travelled man in Africa’.

On every expedition – many of them world-firsts – the Kingsley Holgate Foundation team actively work to prevent malaria amongst pregnant women and mothers with young children who are the most vulnerable, provide the gift of sight to poor-sighted, mostly elderly people in remote regions, reduce the spread of water-borne diseases and provide potable water to drought-stricken communities, upgrade impoverished Early Childhood Development centres and proactively support wildlife conservation efforts, especially of critically endangered species such as elephant and rhino.

Having explored all 54 countries on the African continent during 40 expeditions, no other team of modern-day explorers have achieved so much in using the energy of adventure to make such a positive difference to the lives of so many.

They are also the only expedition team in history to have followed the Tropic of Capricorn around the world by Land Rover, tracked the entire outline of Africa through 33 countries, discovered the geographic centre-point of the continent deep in the Congo rainforests, and reached all 7 of Africa’s extreme geographic points.

‘HOT CAPE TO COLD CAPE’ MISSION ACCOMPLISHED! 30 countries, 35,000 kilometres and 300 days after setting out from Cape Agulhas on the southern tip of the African continent, the gruelling New Defender Transcontinental Expedition reached its key geographic objective of Nordkapp in Norway’s Arctic Circle, before ending on Red Wharf Bay in Anglesey, Wales.

Click here for more on this exciting but tough geographic and humanitarian adventure across two continents. 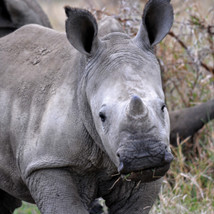 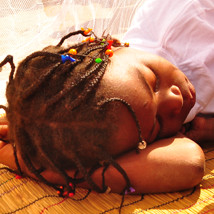 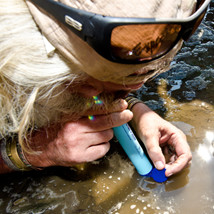 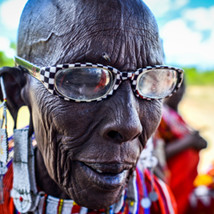 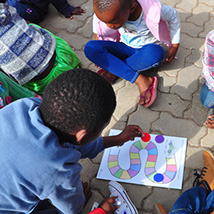 nutritional meals for  children & mothers and other ECD support.

All our geographic and humanitarian expeditions are Carbon Neutral, with CO² emissions offset through the planting of thousands of indigenous trees.