After a challenging journey of over 12,000 kilometres to war-torn Somalia, the Kingsley Holgate explorer team travelled back to South Africa, having successfully reached the most easterly point of the African continent at Ras Xaafun, in the semi-autonomous province of Puntland on the troubled Horn of Africa in the latest Land Rover Discovery vehicles.

The Land Rover-supported Extreme East expedition team left from the most easterly point on the South African coast in September and arrived in the volatile region amid escalating tensions in the ancient city of Harar, Ethiopia, ongoing troubles in Yemen, looming presidential elections in the independent but unrecognised state of Somaliland.

From the beginning of the expedition, the Land Rover adventurers really put the Discoverys to the test – wading them across rivers in Zimbabwe’s Gonarezhou National Park, where they set up camp for the night under old leadwood trees below the beautiful Chilojo Cliffs on the banks of the Runde River. Then in the lower Zambezi, grinding them up the seldom-used, seemingly endless rocky track to the top of the escarpment to join Zambia’s Great East Road, which led them to Lake Malawi in Africa’s Rift Valley and later, through dust and corrugations to the banks of Tanzania’s Great Ruaha River.

In Samburuland in northern Kenya, the Land Rover adventurers did humanitarian work with local communities close to the sacred mountain of Olelokwe, an area suffering from one of the worst droughts ever. 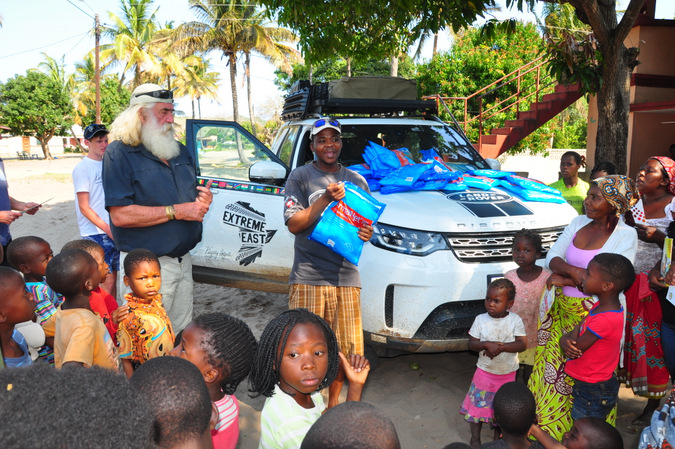 “Distribution of malaria nets to mothers and children”

The team achieved a long-held goal to explore every country in Africa, conducting Land Rover-supported humanitarian work on each journey that has benefited millions of people. Both en route and in Puntland, the adventurers distributed 4,150 lifesaving mosquito nets to mothers and children in areas where malaria is rife, provided 2,590 reading glasses to poor-sighted elderly villagers and in drought-ravaged communities, handed over 1,442 LifeStraw units that each provide 30,000 litres of filtered drinking water to disadvantaged families.

Once into Puntland and protected by heavily-armed troops in vehicles mounted with light machine guns, the five-crew expedition team in their specially-equipped Land Rover Discoverys, had to travel at high speed to avoid detection on a dangerous journey across desert and difficult mountainous terrain to reach the remote, rock-strewn Ras Xaafun headland.

“After six adventure-filled weeks and near constant, adrenaline-pumping danger, imagine the sense of relief as we attached a commemorative plaque of Peace and Goodwill written in Somali and English to the crumbling remains of the old Italian-built lighthouse, which was set on towering, 200-metre-high cliffs above the Indian Ocean set.  We didn’t expect Africa’s extreme east point to be so dramatically wild, empty and beautiful.

“It was a solemn moment for all of us, emptying the expedition’s Zulu calabash of water that we’d carried all the way from South Africa’s most easterly point near Kosi Bay, onto a small cairn of stones that we hurriedly built, and which marks the most extreme easterly point of Africa.  It was an incredible moment to think how we managed to also touch over 20,000 lives with our humanitarian work through this challenging Expedition.

“Local dignitaries and members of our security detail wrote messages of peace and goodwill in Somali in the expedition Scroll; they too couldn’t believe it – this place was so untouched, even they had never been to Ras Xaafun before.” 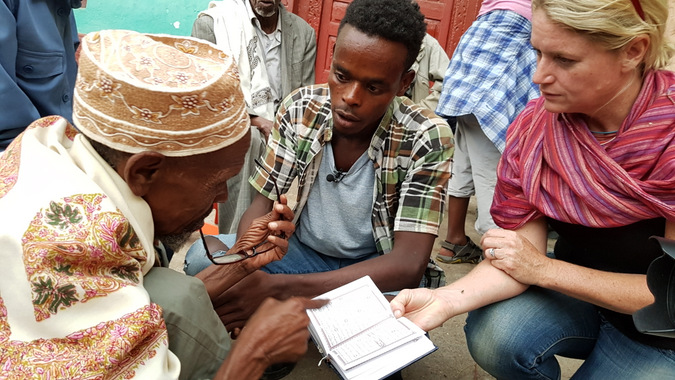 This expedition to Somalia is a world-first in many ways for the acclaimed Kingsley Holgate-Land Rover partnership.  It was the first major test for the recently launched Land Rover Discovery. The tough, 12,000-kilometre, eight-country journey to Somalia saw the vehicles and crew tackling deep sand tracks, rocky mountain passes, swollen river crossings, and in northern Kenya, enduring heavy rains, flash floods and washed-away bridges.

In addition, with this Extreme East expedition to Ras Xaafun, Kingsley Holgate and his team are now the only explorer group in the world to have reached the seven extreme geographic points of Africa.

During the 449-day ‘Outside Edge’ expedition that tracked the outline of Africa, they succeeded in reaching the northern (Ras ben Sakka at Cape Blanc, Tunisia), southern (Cape Agulhas, South Africa) and western (Pointe des Almadies, Cap Vert Peninsula, Senegal) extreme points.  The Great Rift Valley expedition included Mt Kilimanjaro – the highest and Lake Assal – the lowest points in Africa, and the 2015 ‘Heart of Africa’ expedition located the continent’s geographic centre-point, deep in the rainforests of the Republic of Congo – a discovery verified by the International Geographic Union.